A Nokia-led group of 12 electronics industry players have unveiled a new ‘factory in a box’ concept, which can be packed, transported and brought into service in a matter of hours.

The group, which started working on the concept in the summer of 2017, aimed to build a single electronics manufacturing line using cargo containers that can be moved to locations as demand dictates. Collaboration was driven by the expected changes in manufacturing sparked by Industry 4.0, including cloud-based solutions, robotics and new electronic manufacturing IoT solutions, all of which will demand greater agility and flexibility from manufacturers.

Potential use cases include business continuity: a pre-prepared portable factory can be in-service within hours, ensuring that critical customer orders can still be achieved in a timely manner. 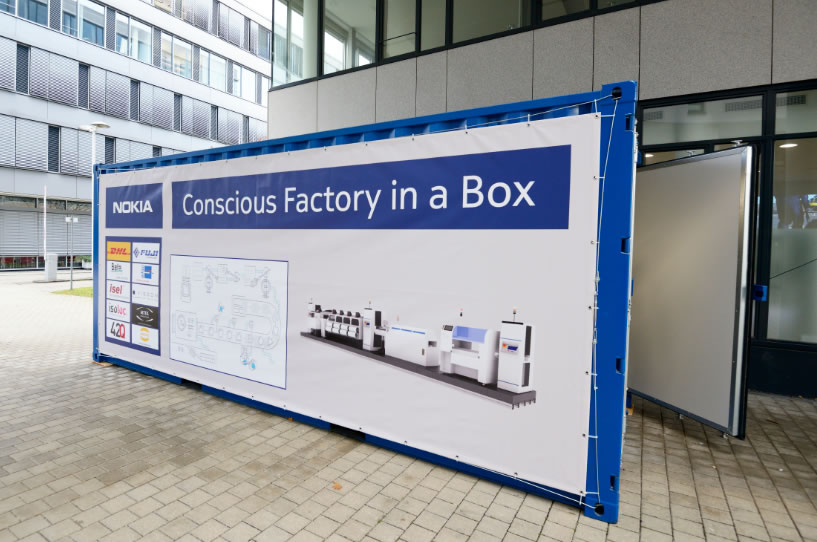 In late 2017, the project took a step forward at Nokia's Digital Creativity Lab opening in Munich, where a cargo container with a collaborative robot assembly station was packed, moved to a new location by truck, then restarted within hours at the new location where small Lego cars were assembled, proving the precision of the machines.

The final step in the proof of concept was achieved on February 9th 2018, when full electronic manufacturing of a printed circuit board and robotic assembly and testing took place.