Walking a mile in your crisis leader’s shoes

When the stuff hits the fan, do you ever stop and feel sorry for the leaders? A little bit of sympathy perhaps, when, in the words of the late Glen Frey, ‘the heat is on’? Although depending on your relationship with said leader, the Rolling Stones ‘sympathy for the devil’ might seem more appropriate! Whatever your relationship and emotions are for the boss, however you feel about them, when the pressure is on during a crisis situation, should we spare a thought for their emotions and the complexity of the decisions they will need to make? What do you think?

We all have our own jobs and levels of accountability and responsibility in the build up to preparing the organization for an adverse disruption, or for an emergency. Some of us are well versed and tested in what those roles are and how we carry them out. Whilst others either don’t know or maybe won’t care what their role is - it’s not in their job description and they’re unhappy in the job anyway.

Do you hope the ‘boss’ is on their ‘A’ game in a crisis and delivers simply the best performance? That they have a firm hold of the reins and steer the organization through the troubled waters of an emergency scenario?

Do they believe they’re the right person for the job in those moments?

Let’s hope they don’t stop believing in themselves! In a crisis, we need that appetite for risk that (we hope) got them to the top. Yes, they need to be calm and collected as the old saying goes – after all, people expect the leaders to take charge and lead.

Why should we have sympathy for them? If they believe they’re fully prepared for a crisis; or that the people they delegate responsibility to are?

Perhaps the answer - or the challenge here - lies in the fact that until the big disaster hits, neither we nor they will know if they’re the leaders we all believe they are.

In the air tonight

Before the drums of doom – ok, I’m getting carried away - before the drums beat in that iconic way, Phil Collins told us: ‘I can feel it coming in the air tonight, oh Lord … and I’ve been waiting for this moment for all my life, Oh Lord.’

Most leaders aren’t waiting for the moment when the big disaster strikes so they can don their superhero outfit, face adversity, save the business - and perhaps some lives - before they go home for a humble meal with their aged aunt.

Outside of Hollywood, being the main person, in charge of a big incident, with all eyes on them, isn’t very attractive. In real life, everyone watching – and some who aren’t – know how to manage things better; and a few are clearly waiting for the ‘hero’ to fail. The buck stops with them. And their bucks might stop completely if things go too far wrong

There may also be conflict as to who’s in charge. The leader may be leading from the front, but a senior player might think – if it all goes well at least - that they’re the one saving the day. Pressure can mount by trying to please, satisfy, or gain approval from that individual, rather than concentrating on the job in hand! This is the ‘parallel chain of command’ that exists outside of the structure on the day, which adds to conflicting and compromised decision making, but doesn’t show up on the decision logs!

Once in a lifetime

Suffering from decision fatigue, some leaders have been given too many choices and shift from strategic… to tactical… to operational… and morph into some sort of ‘stractical’ and ‘stroptical’ levels of command - made up words I know, but I’m sure you’ve been there.

Even for the leaders who trust their delegated teams; for those who’ve invested, supported and quality assured the capabilities to lead in a crisis situation, it won’t be a walk in the park.

It may only be a once in a lifetime situation, but would you rather be in their shoes on the day? Or a little bit further back, in the safety of the resilience shadow?

Spare a thought for leaders who inspire in times of adversity and let’s be grateful they take on the responsibility. Sung or unsung hero, does it really matter? 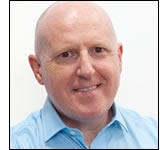