Product recalls are issued after a health and safety risk or a major design or production flaw has been discovered in a product and can cause disruption and reputation damage to associated organizations.

The scandal over General Motors’ failure to promptly recall cars with a potentially faulty ignition switch may have prompted other manufacturers to recall more swiftly and more frequently if they identified a potential problem with their car. US federal agencies claimed the fault caused up to 124 deaths. GM Motors recently agreed to pay $900m in damages to settle the case and eventually recalled 800,000 cars.

Gavin Reese, Partner at RPC, comments: “Sometimes it can take a huge scandal to break for an industry to sit up, take notice and ensure their products are watertight.”

“Certainly the automotive industry is now very sensitive to accusations of being slow to recall faulty or non-compliant products.”

“Car manufacturers are looking for irregularities more closely, as well as facing increased pressure from regulators and, therefore, it’s likely that 2016 will also see a high level of vehicle recalls.”

RPC points out that the number of recalls relating to food and drink has also significantly increased, by 50 percent in 2014/15 from 56 to 84.

After the horsemeat scandal in 2013, the National Food Crime Unit was established in 2014 which works to uncover incidents of food fraud in the UK. RPC says that the creation of this unit as well as the increasing importance being placed by supermarkets on their supply chains may have led to the rise in food product recalls in the last year.

Gavin Reese adds: “The horsemeat scandal set off reverberations across the food industry and now a couple of years on tighter measures and an increased scrutiny have clearly made a big difference.”

RPC says that when recall figures were first collected by RPC ten years ago there was less than half the amount of product recalls with just 149 products recalled in 2004/5. 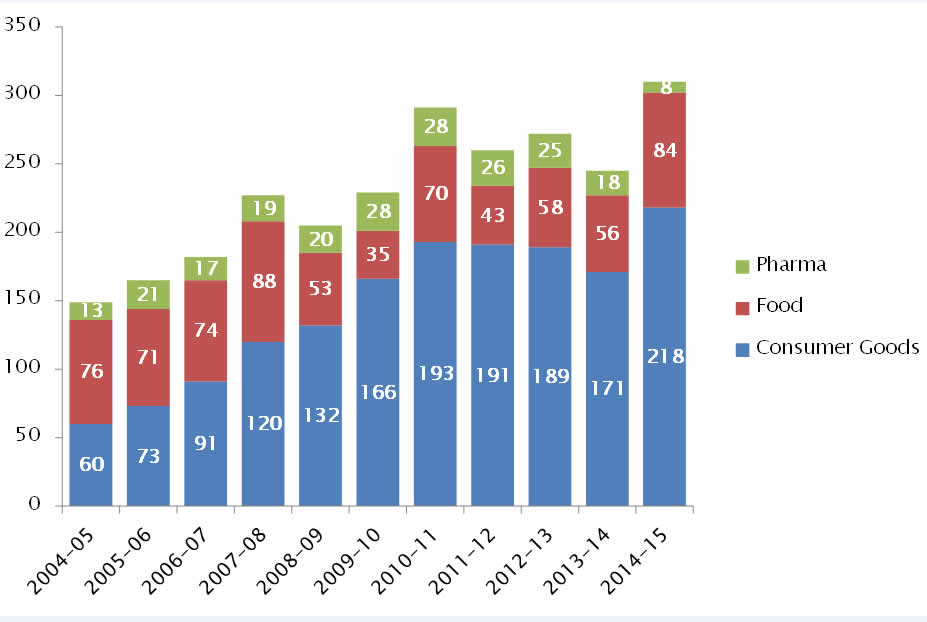 RPC’s annual research into product recalls covers the year from 1st November 2014 to 31st October 2015. RPC’s product recall research is based on information from the Trading Standards Institute, the Food Standards Agency, RAPEX and the Medicines and Healthcare products Regulatory Agency.